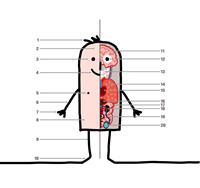 There are some people who are natural leaders: they have those instinctive qualities that just make you want to follow them.  What are those qualities, you ask?  Believe it or not, in a study by John Gerzman outlined in Inc. Magazine (Between Venus and Mars:  7 Traits of True Leaders, June 2013, author Leigh Buchanan), 64, 000 people from 13 countries were surveyed regarding leadership traits.  Half of those surveyed were asked to classify 125 traits as masculine, feminine or neutral.  The other half of the group were asked to rate the importance of the traits to effective leadership.  The survey revealed that feminine traits were more likely to be strongly linked to leadership.  The words chosen were:  empathetic, communicative, reasonable, loyal, flexible, intuitive, patient, passionate, selfless and plans for the future. Compare your own leadership style and the style of your managers or boss to these words. There are few folks that I think would score very high against those traits but this is a clear message about what people want from their leaders! Chose one time today when you can practice some of these traits.